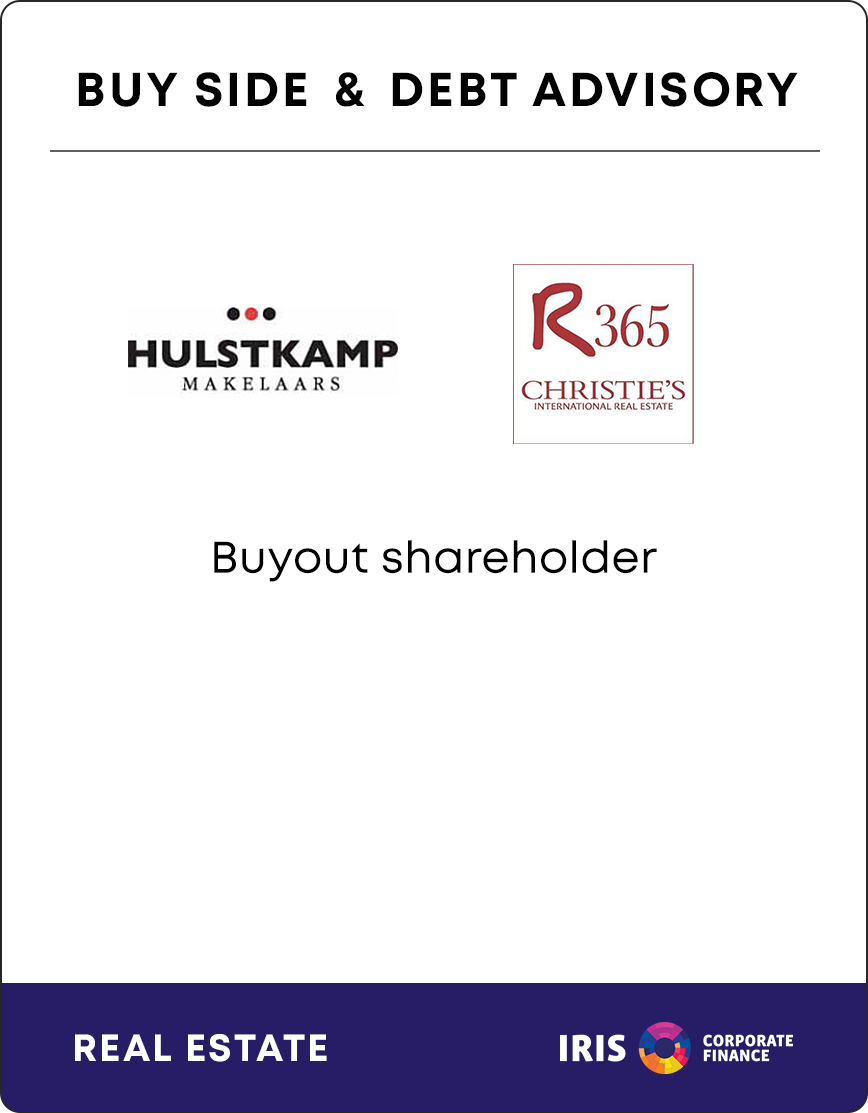 Hulstkamp acquired 100% of the shares of R365 Luxury Real Estate Sales & Auctions. IRIS CF acted as debt advisor in the transaction process to arrange debt financing for the acquisition of these shares.

Hulstkamp Real Estate is a well-known and Rotterdam based real estate agent. The company is well-known in the Netherlands through the substantial amount of media attention the company receives from magazines and television channels such as Quote, FD, AD and RTL. Also, the company sold numerous well-known buildings/projects in the last couple of years, i.e. The Rotterdam, the Zalmhaventoren, the largest apartment and the largest house in the Netherlands. Hulstkamp focuses on the top tier Dutch housing (mostly  the Rotterdam area and the company became one of the partner offices of R365 in 2013.

R365 is the Dutch affiliate of the worldwide well-known Christie’s-network. In total the Christie’s Real Estate network consists of 1350 well selected (invitation-only) offices in over 45 countries. Christie’s International Real Estate is the worldwide market leader in the housing segment of  US$ 1M+. The company in the Netherlands focuses on housing in the top tier of the Dutch housing market with transaction values of € 1M+. All listed houses are sold through one of the seven Dutch partner offices, all assigned to a specific Dutch region.